Interesting and antiquarian books on the game of royals.

Chess : an Annotated Bibliography of Works Published in the English Language, 1850-1968

Chess : an Annotated Bibliography of Works Published in the English Language, 1850-1968

Moravian Chess, Olomouc, 2005 reprint of 1974 first edition. Cloth, 8vo, 27 cm,. Fine. xix, 659 pp. This work lists, with bibliographical detail, and analyses of contents, the works on the game of chess published in the English language between 1850 and 1968. Works originally published before 1850 but reprinted, or, in the case of periodical publications, continued, in or after that date are also included, so that the several significant and influential works of the 1830s and 1840s are not omitted. The coverage includes all facets of chess play, records of matches, tournaments and the games of individual players, works on, arnd collections of, chess problems, historical works, periodicals... and other serial publications, works on the games derived from chess and. Literary works in which reference to chess is made. The coverage excludes compendiums of games (e.g. Royle) which include chess sections, general encyclopaedias (e.g. Britannica), dictionaries and other reference works which include chess articles, magazine articles unless in book form (there are a few exceptions to this general rule, such as comprehensive chess periodical coverage of a chess tournament), programme. Of chess events, unpublished manuscripts, works specifically on oriental games with similarities to chess (unless derived from chess), and publications, such as rules, relevant only to a particular club or society. Within these defined limits this work aims to be comprehensive. A separate entry is not, however, made for every identical reprint; one printing, usually the first, of an edition is selected for detailed analysis and description and reprint dates are noted in the entry." - from the introduction. more
wykehambooks-69.00-8d62b2adfbe9f74ba80c343d2f8d4e7f
Found: 2014-08-18
$69.00
View Details

A History of Chess A History of Chess

900 pages with frontispiece, illustrations, plates, tables, diagrams and index. Small quarto (10 1/2" x6 3/4") issued in blue cloth with gilt lettering to spine and front cover blind stamped with pictorial chess piece. (Betts: 5-6). 1st edition. The author's aim: "to present as complete a record as possible of the varieties of chess which exist, or have existed, in different parts of the world; to investigate the ultimate origin of these games and the circumstances of the invention of chess; and to trace the development of the modern European game from the first appearance of its ancestor, the Indian Chaturanga". The result is a comprehensive history, based on original sources, from the... earliest game to the 19th century. Earlier histories had relied chiefly on the written documents, but here considerable weight is also attached to the philological evidence (i.e. the significance of chess terms in the various languages). Since 1913, Murray's history has been recognized as the standard work of its kind. Condition: Light rubbing to extremities and hinges, inner gutter cracked at title, corners bumped, some sunning to spine else a very good copy issued without jacket. more
thebookcollector-550.00-3a75b226f3a00c3dba393df71034bca6
Found: 2014-08-18
$550.00
View Details

Chess For Winter Evenings; containing the Rudiments of the Game, and Elementary Analysis of the Most Popular Openings, Exemplified in Games Actually Played by the Greatest Masters; Including Staunton?s Analysis of the King?s and Queen?s Gambits, Numerous 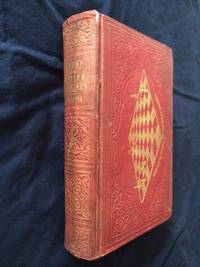 Chess For Winter Evenings; containing the Rudiments of the Game, and Elementary Analysis of the Most Popular Openings, Exemplified in Games Actually Played by the Greatest Masters; Including Staunton?s Analysis of the King?s and Queen?s Gambits, Numerous

Are there any? A chess problem book

Are there any? A chess problem book

Stroud, Glos: Stroud News and Journal, [1958]. First printing. Hardcover. Good+. Duodecimo in green cloth with gilt spine and front board. pp 149. Signed and inscribed by the author on the ffep: "To A. F. Downey Jun. [?] with / best wishes from / Gerry Anderson / March 24/59." The first published work on Kriegspiel problems, which is still widely cited and recognized today among problemists. In a July 2006 article, the Problemist called it "a strong candidate for the title of 'most original chess problem book ever published??. The work was apparently held in high esteem by Bobby Fischer as well: a member of the British Chess Problem Society once wrote to Anderson, saying: "I write because... I must have another copy of Are There Any? I had solved only up into the thirties when last night I incautiously carried it down to the Marshall Club to show it to Jack Collins. Then, seeing it in Jack?s hands, Bobby Fischer pounced upon it in great excitement and before the evening was over the two of them had so made it theirs, were so comically oblivious of the mere owner, that I hadn?t the heart to explain that I had brought it to show, not to bestow." The Australian-born Anderson was a pilot in WWI in the 88 Squadron and later became a diplomat in the Queen?s service, but was reknowned in chess circles as a master composer. Anderson was also reputed to be the last person to have played Alexander Alekshin in tournament play in Lisbon (1946) before the latter's untimely death. Front board has several abrasive scuffs to cloth and there is a miniscule tear to the top of the ffep (not affecting signature), else very good. A very scarce book. OCLC lists only 9 copies in libraries worldwide. more
thelibriquarian-750.00-7bea39b5aa88fdc62b48a91db5737deb
Found: 2014-08-28
$750.00
View Details